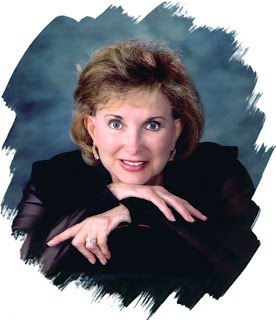 Welcome to my blog.


ANNE delights in writing about wounded heroes and gutsy heroines. She writes both historical and suspense novels. After falling in love with several countries and their people, Anne set a number of her books in exotic locations. She and her hero husband, Army Special Forces Colonel Larry Greene, have visited twenty-five countries, including three communist countries. A visit to resulted in her newest book release, Masquerade Marriage, published by White Rose Publishing. When she’s not deployed with her husband, Anne makes her home in . Two of her four children live nearby. Tim LaHaye led her to the Lord when she was twenty-one and Chuck Swindoll is her Pastor. In 1990, Anne graduated summa cum laude with a Bachelor’s degree in Literary Studies from the , . Her highest hope is that her stories transport the reader to an awesome new world and touch hearts to seek a deeper spiritual relationship with the Lord Jesus. To learn more of Anne and to view pictures from her extensive travel, visit her at AnneGreeneAuthor.com.

I’m Scotch-Irish on my paternal side and Dutch on my maternal side. However my genealogy goes back to Charlemagne, and from there back to Adam.

Tell us, Anne, how long have you been writing?
Masquerade Marriage is my second published book. I’ve been writing about ten years. Reading was my escape in my growing up years, and I’ve always wanted to be a writer. I graduated from the University of Texas cum laude with a degree in Literary Studies, but worked as a photographer and as a Real Estate Agent before diving in full-time to write. When I joined American Christian Romance Writers, the journey to writing got much easier. I have a wonderful critique group, and because of their annual conference, I’ve met many editors and agents. Finalling in writing contests gave me excellent feedback, plus got me my latest contract with White Rose Publishing. So, I recommend both contests and conferences.

What genre do you write and why?

I write in the Historical, Historical Romance, and Romantic Suspense genres. As a girl, I didn’t like history—until I read my first Historical novel. Then I was hooked. I know many people today don’t enjoy history, and my goal is to open up the glories of the past to them. History was modern life lived with all its heartache, joy, and excitement in a world very different from our own. I bring these different worlds into vivid, living color, and give a painless dose of history along the way. I write Romantic Suspense because I like to see good win over evil with fast action, surprises, and discover who did it and why.

What is the most illuminating thing you discovered in researching Masquerade Marriage?

I loved delving deep into Scottish history. I am both Scotch and English as are so many Americans. I know my American history, but my knowledge of Scottish history was spotty until I began researching for this period. I loved weaving the information I gleaned into the fabric of my story. So many heroic people lived during that tremulous time. I love reading and writing about courage. In fact, a reader can find that theme in every one of my books.

Do you identify with any of your characters?

Absolutely – I have to become one with each of my characters. Just as an actress takes on the character of each person she portrays, so a writer becomes the character in her drama.

Which character was the hardest to get right?

I don’t try to get my characters right. I become the character. She/he tells me what is happening inside and what she plans to do about it, and then I just let her/him do it. That’s what so much fun about writing. I live each journey, each adventure of each character.

What’s the take-away message you want the reader to find in Masquerade Marriage?

That God is in control. No matter how awful the circumstances in a person’s life, God doesn’t let anything happen to you outside of His perfect will.

What advice would you give a new writer just starting out?

Definitely join a writing group like American Christian Fiction Writers and Faith, Hope and Love chapter of Romance Writers of America. They have classes, critique groups, and you get to meet other peculiar people like you are.

In China I watched my dear husband eat a roasted Scorpion. In Korea I ate Kimchi, but didn’t eat the silk worm larva. Phew! In Australia, I didn’t eat Kangaroo burgers. In Viet Nam I ate some really good stuff and have no idea what it was.

If you could go anywhere to tomorrow, where would you go?
I’d like to go back to being twenty-one. LOL.


What’s next?
I am working a sequel to Masquerade Marriage, as well as a number of other books. So just keep your eyes open for books written by Anne Greene.Let’s talk about other books you’ve written. I particularly like the sound of your sassy detective, please will you give us some teasers about these books?


My sassy detective is a bit like the Janet Evanovich character, Stephanie Plum, except Holly Gardens is a Christian with a Christian world view, and she has two men deeply in love with her. She rescues both of them, but having been dumped at the altar by a third, is unwilling to risk her heart again. This is a first book in a series of mysteries that she and the two male detectives solve. Each contains the growing tension of which man will ultimately win Holly. Holly’s overriding passion is to be a light in the dark underbelly of society as she solves mysteries. She’s also out to find the culprit who murdered her detective father and painted him as a drug dealer. Each mystery she solves brings her a little closer to finding her father’s killer and taking the detective agency out of the red. The title is Holly Garden, PI, Red Is For Rookie.
I also have several other books you might find interesting on my website, http://www.annegreeneauthor.com/.

My books can be purchased at http://www.WhiteRosePublishing.com 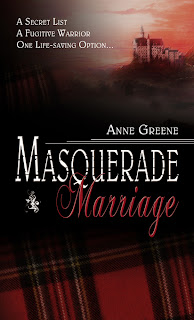 He was born to a clan of noted warriors and musicians. Yet to protect his loved ones and escape the dark fate of his brothers, he abandons his identity. Hiding from relentless soldiers who want him dead, he vows to protect the woman he loves more than life, more than freedom, more than Scotland. But his presence throws her into.

Steeling himself against the pain, he condemns himself to a life of heartbreak without her. Wanting her desperately, knowing he can’t have her, he surrenders her and heads alone to certain death. Outlawed, with a price on his head, does she love him enough to give up castle, lands, and family, and risk the agony of surrendering her heart a second time?

Like a determined hero, the fugitive warrior strode through the door at the far end of the tiny stone kirk.

Megan’s eyes widened. Her clenched jaw relaxed. Some of her dread dissolved.

“Impressive.” Molly, Megan’s Irish maid, whispered from where they stood together in the vestibule.

He stopped in front of the hand-carved altar and half-turned toward her. Megan pulled in an uneven breath. This Highlander, wearing formal kilts, was no scrawny lad grown older, nor was he a big, hairy Scot with a bushy beard. The tall, strapping soldier stood with legs braced as if about to do battle.

Her heart skipped. Though she’d known Brody when she wore short skirts, this blond warrior was far more than she expected. Her pulse throbbed in her temples. Doubt niggled her brain. Brody was too tall, too obviously a Highlander. How could she hope to pass him off as a Lowland Laird? He appeared to have too big a chip on his shoulder to let her command him.

Brody’s thick sandy hair swept the collar of his linen shirt. Lace-trimmed cuffs matched the white jabot at his muscular throat. A silver broach clapsed his crimson and black tartan to his wide right shoulder. His Claymore, dirk, and thick sword belt startled her.

Megan suppressed a shudder. The English outlawed kilts. With his dress, Brody spat in the face of the English and further imperiled his life. Why?

His intense sapphire stare blazed a trail across the empty wooden pews toward her. His eyes made her feel dizzy as if she just danced a fast reel with a lively partner.

What had she gotten herself into?

What I really loved about this book was the romantic tension between the hero and heroine. The blood and gore of the war I struggled with but only because I have a weak stomach. However, it is pertinent to the story and war never is a pretty sight.
Brody MacCaulay is a hunky Scotland warrior who is masculinity personified. And Megan MacMurry wasn’t some wimpy heroine who needed rescuing. Not that I have anything against heroines who need rescuing. I just enjoyed that Megan was a strong, fearless woman, who was willing to die for a cause.

What was this cause Megan was willing to die for? And why would she risk not only her life but her families as well? What induced Megan to marry a man she did not love when she was in love with another? Just who was this other gentleman Megan loved? And where was he, and why didn’t she marry him?
Deception abounds. But by whom? And why?
Brody harbors a secret. What is it, and is it a good one or a bad one?
What would cause someone to hide out in cold, damp caves? To travel at night with dangers lurking everywhere?
If you want to know the answers to these questions, then you have to read, Masquerade Marriage, to find out. You won’t be sorry. It’s an excellent read.
Anne Greene is a truly gifted and talented writer. Her attention to detail is exquisite. I thoroughly enjoyed this book and highly recommend it.