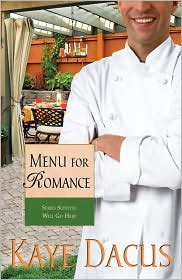 The Bride Wore Coveralls is now available in Large print 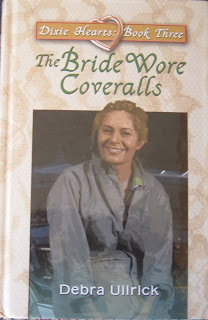 I just had to share my exciting news. Today, I got my author copies of The Bride Wore Coveralls Large Print edition.

Who would have thought that one story would make it so many places. First published by Heartsong Presents, then Barbour Publishing (Dixie Hearts) and now Thorndike Press Large Print.

God is so good!

I love the cover.

A friend sent this. I thought it was worth sharing.

Twas the month before Christmas*
*When all through our land,*
*Not a Christian was praying*
*Nor taking a stand.*
*See the PC Police had taken away,*
*The reason for Christmas - no one could say.*
*The children were told by their schools not to sing,*
*About Shepherds and Wise Men and Angels and things.*
*It might hurt people's feelings, the teachers would say*
* December 25th is just a ' Holiday '.*
*Yet the shoppers were ready with cash, checks and credit*
*Pushing folks down to the floor just to get it!*
*CDs from Madonna, an X BOX, an I-pod*
*Something was changing, something quite odd! *
*Retailers promoted Ramadan and Kwanzaa*
*In hopes to sell books by Franken & Fonda.*
*As Targets were hanging their trees upside down*
* At Lowe's the word Christmas - was no where to be found.*
*At K-Mart and Staples and Penny's and Sears*
*You won't hear the word Christmas; it won't touch your ears.*
*Inclusive, sensitive, Di-ver-si-ty*
*Are words that were used to intimidate me.*
*Now Daschle, Now Darden, Now Sharpton, Wolf Blitzen*
*On Boxer, on Rather, on Kerry, on Clinton !*
*At the top of the Senate, there arose such a clatter*
*To eliminate Jesus, in all public matter.*
*And we spoke not a word, as they took away our faith*
* Forbidden to speak of salvation and grace*
*The true Gift of Christmas was exchanged and discarded*
*The reason for the season, stopped before it started.*
*So as you celebrate 'Winter Break' under your 'Dream Tree'*
*Sipping your Starbucks, listen to me.*
*Choose your words carefully, choose what you say*
*Shout MERRY CHRISTMAS ,
not Happy Holiday !*
Please, all Christians join together and
wish everyone you meet during the
holidays a
MERRY CHRISTMAS
Christ is The Reason for the Christ-mas Season!

LOVE FINDS YOU IN HOLIDAY FLORIDA by Sandra D. Bricker 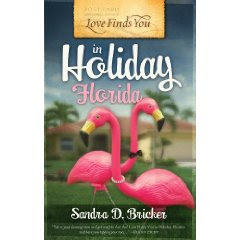 OMG. I laughed so hard. In fact, I had to stop reading, Love Finds You in Holiday Florida, in bed because I laughed so much I was keeping my hubby up. And those kissing scenes. Oooo la la. Smokin’. All I can say is…Sandra Bricker has done it again. Done what you may ask. She’s written another fabulous story, that’s what. She has such a way of creating the most memorable, fun-loving characters. Characters you want to revisit time and time again.

In Love Finds You in Holiday Florida, you’ll meet Cassie, who travels from her home in Boston, to Holiday Florida to sell her summer house. In order to sell it she wants to do some remodeling to get the best price. Therefore, she will be staying in Holiday over the holiday season. When a loud crash snags her attention, she looks out the window, and sees part of her dock disappearing, along with a pontoon boat. Next to vanish is Cassie’s normal life. And that’s not the only thing disappearing. Pink Flamingos disappear and reappear in the strangest places in Cassie’s yard. Why and how do they keep mysteriously showing up?

At the disengaged dock, Cassie meets a man who is totally opposite of her. Or is he? From that point on her adventure begins. An adventure she didn’t count on. One that will change the course of her life forever. Why?

How many toes does the poor woman, Cassie, step on? And just where, and why, is she stepping on these toes? Cassie rescues a naked woman from…AS IF! I’m not telling you what she’s rescuing her from or why the lady is naked. All I can tell you is, if want to know the answer to those questions, and if you want to discover what a Surprise Yourself box is, then read Sandra’s story.

Finally, can Richard, the serious, have-it-all-together man talk Cassie into to staying? Or will the lies being spread about him have her fleeing back home? AS IF! I’m not telling.

Trust me, if you want a good laugh, and you want to spend time with amazing people, and read a book from a gal who knows how to tell a fabulous story, then make haste—buy a copy of Love Finds You in Holiday Florida by Sandra D. Bricker. You’ll love it! I sure did.